SIDERISE has provided cavity barriers and firestops as part of the external facade system for One Central H2B, a new 434-room hotel in the heart of the Dubai World Trade Centre Development. 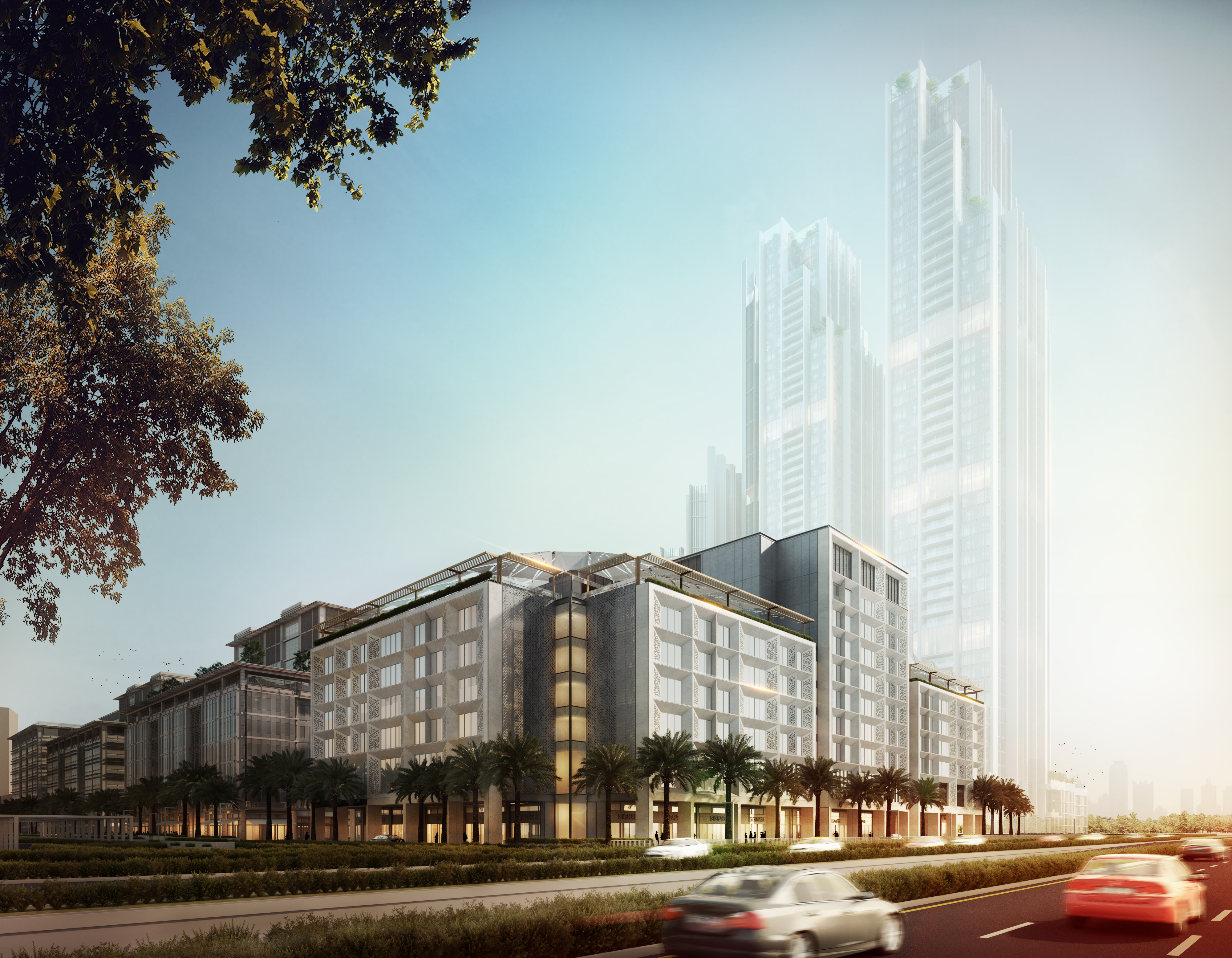 Designed by WSP and Parsons Brinkerhoff for the Dubai World Trade Centre Authority (DWTCA), the 10-storey building has been built by ASGG Construction and is the first hotel outside Europe for German boutique hotelier, 25hours Hotel.  At the design stage of this flagship Dubai hotel, SIDERISE worked with façade contractors Al Abbar and Fibrex on a comprehensive range of fire safety systems for a façade that featured curtain walling and glass reinforced concrete (GRC) cladding.  This led to the specification of the SIDERISE CW-FS Curtain Wall Fire Stop system along with the SIDERISE RH ‘Open State’ horizontal and RV vertical cavity barriers.

As well as meeting the building’s fire and smoke stop requirements, the SIDERISE CW-FS 120 will also function as an effective acoustic barrier.  SIDERISE firestops and cavity barriers also met the requirement for the larger 425mm cavities that existed between the concrete slabs and the GRC cladding.

Manufactured to a unique process, SIDERISE CW-FS system features a pre-compressed and non-combustible stone wool lamella core and integral foil facings. With an overall Class A1 rating and excellent resistance to smoke, the system can offer fully tested and third-party approved options for fire ratings up to three hours.

Involved in projects throughout the world and having manufactured acoustic and fire insulation products for more than 45 years, SIDERISE offers a large range of tried and tested product enhancements specifically developed for the façade industry.

Set for completion in 2021, One Central H2B will see the opening of a vibrant European hotel brand in the centre of Dubai. SIDERISE has proven once again it can meet the passive fire protection requirements for iconic buildings worldwide.

‹ Previous Back to Projects Next ›